Before you go, did you grab your copy of the 5-Minute Blog Tasks Checklist?

Inside: Not a morning person? Here are 7 surefire tips to help you rise and shine, even if you don’t like waking up early.

Your alarm goes off. Your eyes fly open, and you groan to yourself because you’d rather stay in bed. It’s so warm and cozy, that the thought of leaving those soft blankets is just too much.

Instinctively, you reach for the snooze button. Just 15 more minutes, you tell yourself. And you drift off to sleep only to hear that shockingly loud alarm again.

Instead of feeling more rested, though, you probably feel even worse. Now you’re running behind, and if you slipped into a new sleep cycle, you’re much more tired than you were 15 minutes ago.

Like most of us, you repeat this cycle almost every day. You tell yourself you just can’t help it. I’m just not a morning person! you say as you’re late for work yet again. 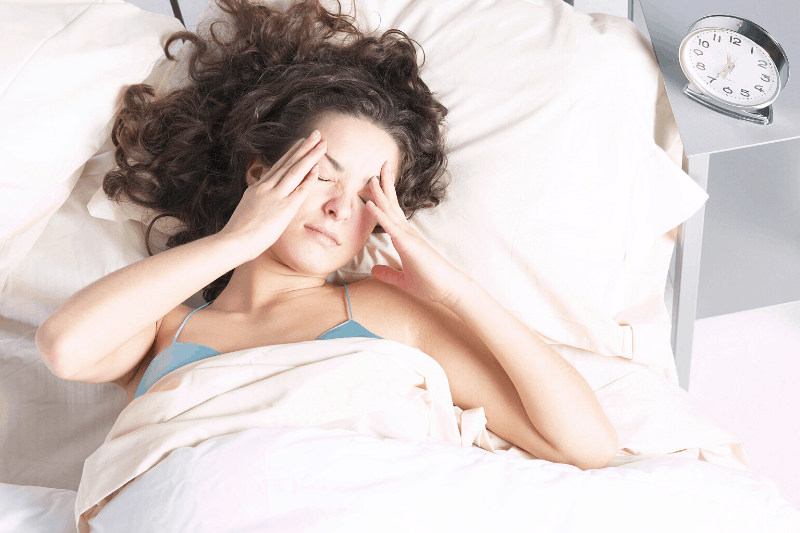 But Here’s the Cold, Hard Truth

Almost no one is an early morning person. No, really.

We like to think that the people who are up early, in a great mood, getting things done before everything else are just naturally morning people. But most of the time, that’s not the case.

Only one or two people in 10 are natural early birds. The rest of us are night owls or in-betweeners who flit back and forth between getting up early and sleeping in.

You might be asking yourself, Why fight against nature, then? Despite the stats showing that few of us enjoy getting up early, you can reap lots of benefits by springing out of bed when you’re supposed to.

For example, early risers are usually more productive, experience less stress, and generally feel happier than those of us who want to hit that snooze button every morning.

Why Waking Up Earlier Than the Kids Is Important for Moms

To illustrate why getting up earlier—even when you’re not a morning person—is so important for moms, let’s take a look at two scenarios.

Scenario 1: The Peaceful Wake Up

Imagine waking up completely un-rushed in the morning. Your family is still asleep while you start the coffee pot. You sit down with that book you’ve been dying to read, or maybe you journal for a few minutes.

After you’ve spent a little time doing something you enjoy, there’s still plenty of time before the kids wake up. Maybe you’ll squeeze in a workout. Or maybe instead, you’ll enjoy a long, hot shower without someone yelling your name outside the bathroom door.

After you shower, you get dressed for the day. You go to the kitchen and check your to-do list. You have a plan, you’ve had some time to yourself, and now you’re ready to tackle the day. 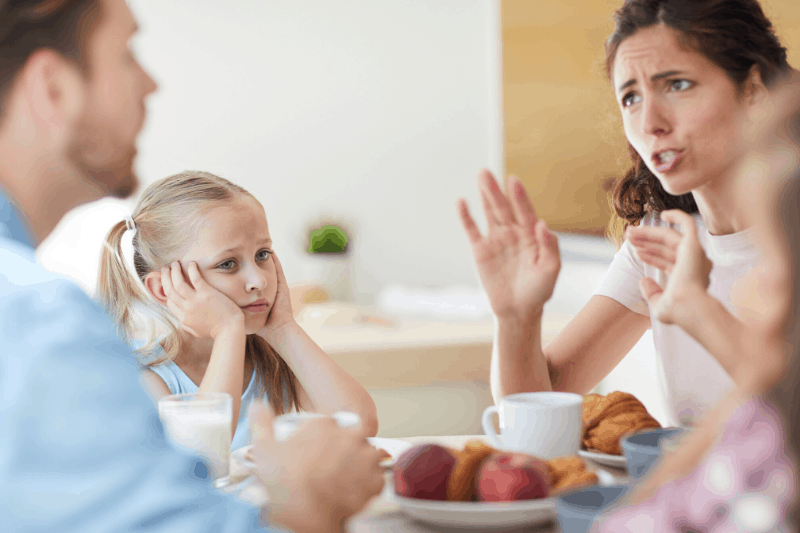 Scenario 2: The Rushed Wake Up

Now imagine that you’ve hit the snooze button a couple of times (because you’re not a morning person, obviously). You’re finally woken up by your kid leaning over your face asking for breakfast.

You look at the clock and jump out of bed after realizing you only have 45 minutes to feed everyone, get them dressed, pack their lunches and get out the door.

One kid wants waffles while another wants toast. Someone can’t find her backpack. Another can only find one of his shoes.

You’re all running around frantically. You’re snapping at the kids, and the kids are snapping at each other. You all pile into the car feeling grumpy as all get out.

The day is off to a bad start, to say the least.

Looking for a good motivator to help you get out of bed earlier? Decide which of these scenarios you want for your life—for your family.

If you decided that you want the peaceful morning routine for you and your family, you’ll find some helpful tips to help you wake up earlier below. Yes, even if you’re not a morning person.

For the best results and easiest transition, implement one or two of these at a time until you reach your wake-up goal.

1. Wake Up 30 Minutes Earlier to Start

If you normally wake up at 8 AM, going cold turkey to a wake up time of 5 AM will only set you up for heartache. It won’t be sustainable, and you’ll end up frustrated with yourself in the end.

Adjust your waking time backwards by about 30 minutes each week until you get to that magical time that will give you enough time to yourself to make you feel ready to tackle the day. 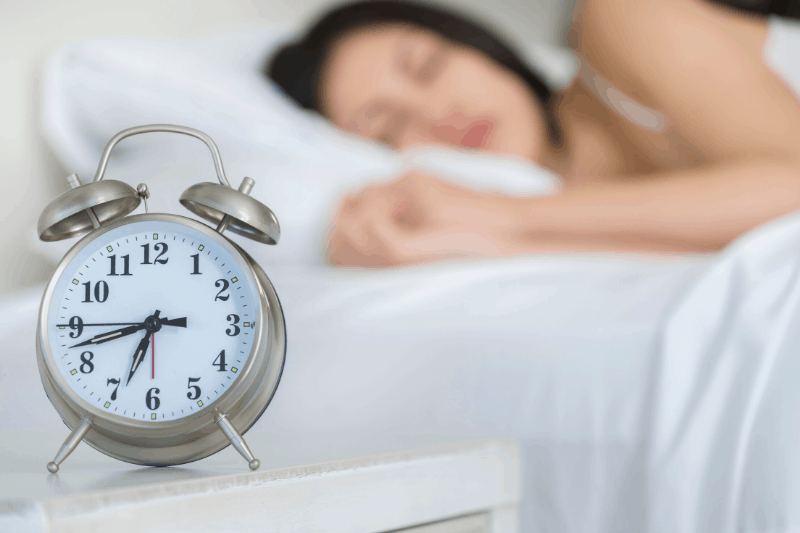 2. Go to Bed and Get Up at the Same Times… Even on Weekends

I know. I can almost hear your groans from here, because that’s how I feel, too. I love staying up late after everyone else has gone to bed. But every time I stay up late, I make it so hard on myself to get up early.

It’s much more tempting to hit that snooze button if you’ve  only had 5 hours of sleep versus 7-8 hours.

Even if you’ve let yourself slip and you stay up late one night, make yourself get up on time the next morning. Take a 20-30 minute nap during the day if you have to, but stick to your morning routine.

3. Go Outside First Thing in the Morning

Studies show that exposure to sunlight first thing in the morning can help you be more alert. It improves your focus by boosting serotonin levels. After you get up, take your water, coffee, book… or heck, even your toothbrush if you’re on a tight schedule… and get a few minutes in the outdoors.

If the weather’s bad, spend a few minutes sitting near a big window instead. 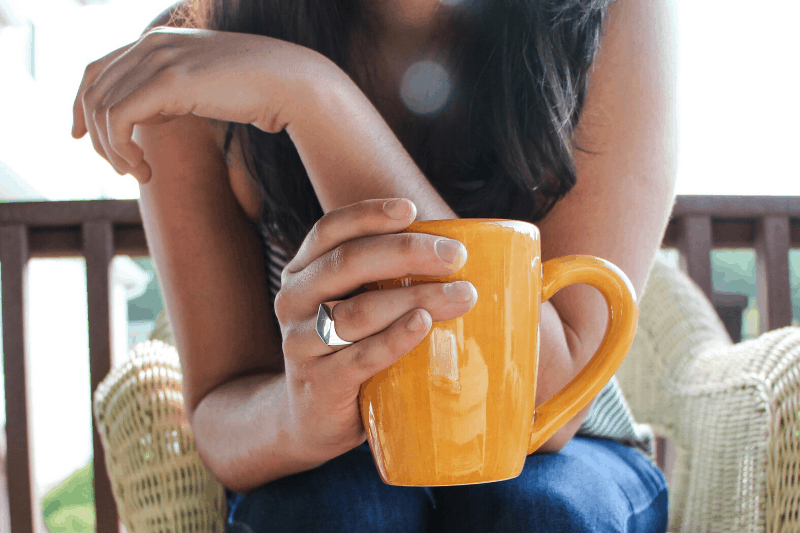 4. Kick the Screens Out of the Bedroom

Having a TV in the bedroom is one of the worst things you can do when it comes to getting a good night’s rest. In fact, you should ideally get rid of all screens in your bedroom, including your phone.

The bright light from the screen stimulates your brain, making it difficult to fall asleep when you should.

Aim for about 30-60 minutes of screen-free time before bed to relax your brain before going to bed.

5. Prep for the Morning the Night Before

Do as many things as you can to prepare for the next day before you go to bed.

Make your to-do list for the next day in the evening. Set out your clothes for tomorrow (and the kids’ clothes, too). Pack lunches at night. Set your coffee maker to start brewing a few minutes before you wake up.

Having much of your morning routine done for you will ease your burden in the morning, making waking up earlier a much more enjoyable experience.

Do you feel more rested after you’ve hit the snooze button a couple of times? I mean, EVER?

No! So why is it that those of us who loathe getting up early do it so many times? We’re just repeating the very thing we don’t want to do in the first place, but getting up is inevitable.

To make it less tempting to hit that snooze button, put your alarm as far away from your bed as possible. Make it so you have to get up and take several steps to turn off the alarm.

Once you’re up moving around, there’s no need in going back to bed. You’re awake now.

7. Do Something You Enjoy First Thing in the Morning

Instead, allow yourself to spend some time doing something you absolutely love first thing in the morning.

If you’re a bookworm, dive into a good book. Want to be a writer someday? Start those hours off with honing your writing craft. Just love being in the outdoors? Go on an early morning walk.

Whatever it is that you just can’t get enough of, do that first thing.

You’ll look forward to waking up to do it, and that will your new early morning routine so much easier.

Instead of saying you’re not a morning person, tell the morning to BRING. IT. ON. 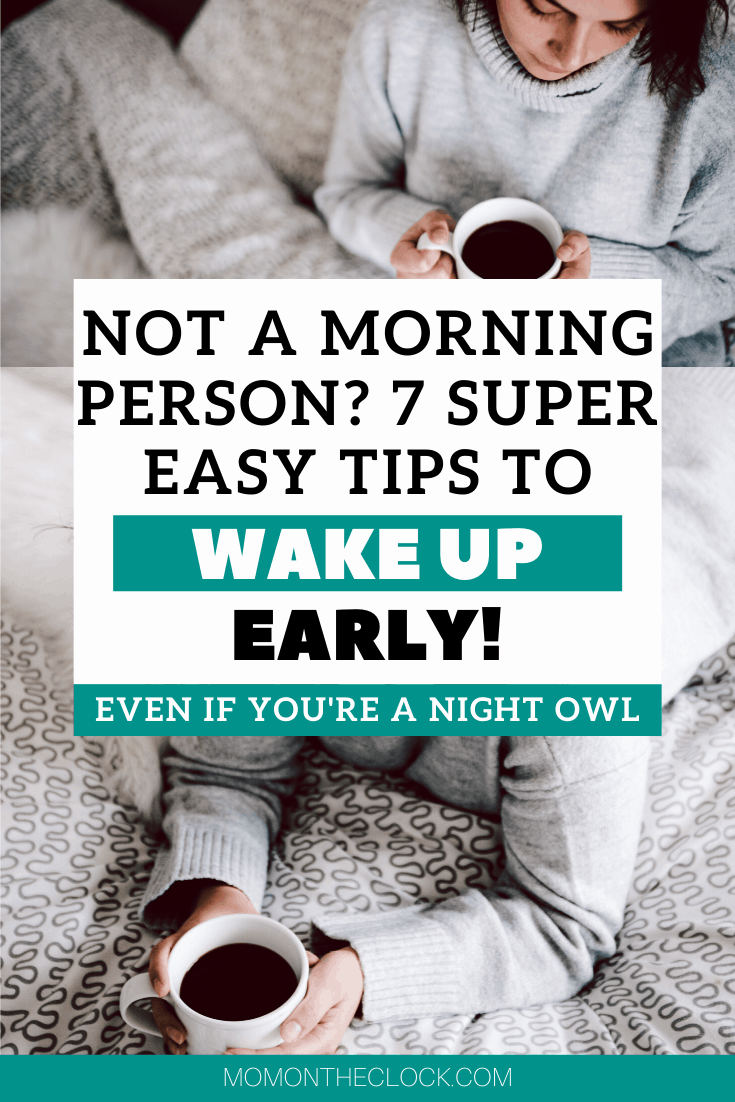 It can be difficult to make ends meet, especially as a stay-at-home mom. It's tough finding a job outside the home that's as flexible as you'd like in order to be with your kids. But there are...

Did you just get done with a tiring day at work or with the kids, and still feel like you didn’t accomplish a lot? Looking for some ways to supercharge your time management skills and have a...

Hey, I’m Donella. So glad to meet you here at Mom on the Clock. I want this to be your go-to resource for blogging how-tos, time management tips, productivity hacks, and encouragement for living your best mom life.

MomontheClock.com is a participant in the Amazon Services LLC Associates Program, an affiliate advertising program designed to provide a means for sites to earn advertising fees by advertising and linking to Amazon.com. We are compensated for referring traffic and business to Amazon and other companies linked to on this site.